Skip to main contentSkip to navigationSkip to footer
iten
iten

New technologies which serve the future

We explore technologies needed today for a more sustainable tomorrow: from means of communication, to those needed for work and play. That’s why innovation, research, and digital transformation are strategic levers we use to give value to the technological assets of our country, allowing it to grow responsibly.

Innovation is a key element in our Industrial Plan 2020-2023 and in our Sustainability Strategy.

Innovation for the sustainable growth of our country

We aim to contribute to the sustainable growth and digitalisation of our country through technological innovation and evolution. Our strategy establishes the areas and priorities to focus on, and includes all main sections of the company.

Our commitment to innovation can be summarised in three main objectives:

We will invest 200 million Euros between 2020 and 2023 in technological evolution and digital transformation projects, in order to:

Additionally, we intend to offer a state-of-the-art service to our clients and to the entire country. 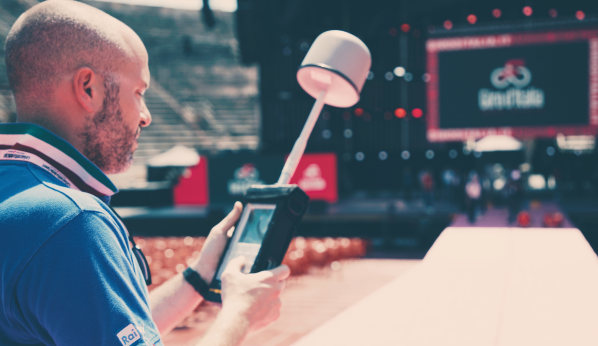 In Rai Way, the innovation and evolution of our abilities are key factors for the development of new business models allows us to create totally sustainable value for our stakeholders.

That’s why we’ve adopted an Open Innovation approach, based on the research of synergy with the external ecosystem of universities, start-ups, research entities, large consultancy firms, and supply companies.

Aware that innovation is a strategic lever for the company's business and future, we direct our energies towards three main areas of sustainability:

In 2020, we concluded our 5G experiment as part of the “BariMatera5G” project, for which we acted as partner. Thanks to a comprehensive investment of more than 60 million Euros over 4 years, as well as the involvement of 52 high-quality partners, Bari and Matera will be among the first “5G cities” in Europe. In these two cities, new, innovative services will be tested, in industries such as: health, industry 4.0, tourism, culture, automotive, and public security.

Specifically, we took on the role of researching and presenting use cases for television contribution and crane monitoring and checks in the port of Bari, employing a series of innovative technologies: 5G networks, 360° video shooting and editing systems, Virtual/Augmented Reality, and image recognition software through artificial intelligence. The collaboration was of great value, and allowed us to contribute actively to the development of digital services within our country.

In collaboration with the Fondazione Vigamus, owner of the Museum of Videogames in Rome and of the Vigamus Academy, we have joined the initiative promoted by Innovation 4 Change, the main impact innovation program in Italy born from the collaboration between Collège des Ingénieurs Italia, Politecnico di Torino and IdeaSquare, the experimental innovation department of CERN.

The challenge we have proposed to the young talents who will compete in the Rai Way team is "The future of Social Television: Learning While Playing".

The students of Innovation 4 Change will engage in the design and implementation of an innovative tool resulting from the virtuous synergy between the television, telecommunication networks and the logic of gaming. An independent "platform" able to create a network of real-time interactive communication between users built on the principles of playful interaction typical of gaming.

The project aims to propose itself as an innovative technological tool able to constitute an alternative function of digital literacy, with a strong cultural and social value, of inclusion and universal access, which can play a decisive role in the process of digital transformation of the country.

In accordance with the guidelines of our Industrial Plan, we are undertaking a challenging digital innovation process. We aim to implement an efficient and competitive operating model, based upon integrated business support systems across, the length of the value chain, as well as upon new flexible and digital work models.

Particularly, our journey to becoming a Digital Company includes:

Discover the details of our Sustainability Performance
Learn more

For us, developing innovation means evolving the business model responsibly: as people, as a company, and as a country